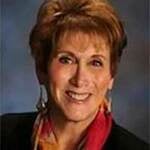 Lauren S. Cohen, Attorney at Law, has been serving the Binghamton, NY area and beyond since 1981. Lauren S. Cohen focuses on family law.

After working in the District Attorney's Office and for the Office of the Corporation Counsel for the City of Binghamton, Lauren opened her own office in 1991. She obtained a Masters in Math Education from Binghamton University in 2004 and took a year to teach mathematics to Middle School students in Florida before returning to New York and her law practice. Lauren's practice focuses exclusively on New York Matrimonial and Family Law.

Although she retains just a hint of her Long Island accent, after over 45 years in the Central New York area, Lauren considers herself a "up-stater" now.

Thank you for contacting us. We will get back to you shortly.

Please complete all required fields below.